We are a non-profit working group promoting, from Lugano and right across the Italian part of Switzerland, the art of film making in its multifarious nuances and components. OtherMovie Lugano Film Festival aims to act as a cultural bridge between East and West whilst lending visibility to quality art house cinema.

The choice of calling it “OtherMovie” reflects the desire to offer its audience a “different” film festival from what is currently on offer in festivals across Ticino and the rest of Switzerland.

The name “OtherMovie” is the final act which lends visibility to a more structured concept that shifts the perspective from where to view the festival.

“Other/Different” because , while the festival is indeed an window on movies, it wishes to use first of all this noble art to discuss and publicize current issues that touch - across a broad spectrum  upon our society, times and every culture.

·         A lab where movies open up towards other art forms thereby finding the ideal dimension in which to express their own interpretation of current affairs.

·         A network of artists and experts who come together in order to reach a greater and better understanding of our society.

·         A socially-engaged cultural operator who builds bridges: between East and West, North and South. In our view, art unites different worlds.

·         The yearly choice of a current affairs theme around which the entire list of events is developed.

·         Movies, talks, workshops, concerts, photo exhibitions, performance art and other are scheduled on the basis of the theme of each edition.

·         Co-operation with local and international artists, experts and cultural operators.

·         Presentation of related events during the year in conjunction with other cultural operators and partners.

The themes so far:

In its first five editions, OtherMovie has put forward the following themes:

2012: “Zero” edition, with disability issues as its main topic

The editions so far: facts and numbers

OtherMovie has managed to grow over the first five editions and gain the respect of film lovers thanks to its themes, the wide range of movies shown and the events it has organized. Here are some significant numbers that mark its success:

·         Overall number of festival partners per edition: 10 (Swiss and international).

Furthermore, throughout the year OtherMovie gets visibility on the local and international press with various articles, interviews and in advertorials.

We are also active across Ticino all year round by offering our own ‘spin-off’ events or working in conjunction with other local associations. We get radio space too, particularly during the festival which is covered by local radio stations as well as by the state one (RSI – Radiotelevisione svizzera).

In its next edition, “OtherMovie” aims to tackle the theme of violence in its varied forms, even those that are more hidden and less talked about in the media.

Hence the name of the 6th edition: “Violence [un]veiled”.

The 2017 will come before the public with its established structure made up of different sections: 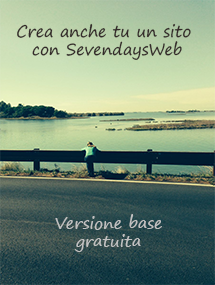