International Short Film Festival “Kratkofil” appeared for the first time in Banjaluka in 2007. Since then, “Kratkofil” has shown a hundreds of feature, animated, documentary and experimental short movies from all over the world.

Started as an exclusively short film festival in 2007, Kratkofil was the first international festival in Republika Srpska. Reconstructed and revamped in 2010, it started screening feature films as well, out of the competition. As the only festival of general interest in Banja Luka, which only has one 4-screen cinema that has a repertoire consisting of predominantly Hollywood and local movies, the organizers realized it is their duty to provide the audiences of the city with more than 220,000 inhabitants an opportunity to see arthouse and documentary.

Since 2010, Kratkofil Plus has screened more than 300 short films and a carefully picked selection of feature documentaries and fiction films, including Whores' Glory, The Act of Killing, and Clip which, in spite of being a Serbian film, did not have a regular theatrical distribution in Bosnia.

At the Other Movie Festival in Lugano, Kratkofil Plus is represented by a selection of films from the territories of the former Yugoslavia.

Filip lives in a poor neighbourhood. He dreams of writer’s glory and luxurious lifestyle in a more prosperous part of town. One day Filip gets a knock on the door. His neighbour Tereza, an older prostitute that Filip tries to avoid by all means, asks him to write a letter for her fiancé. Filip agrees. And it would all end up fine if a week later Tereza would not show up at his doorstep again, asking him to write an answer to the previous letter.

Two kids at the top of a skyscraper. A view of the sea. He is Tom Sawyer and she is Alice in Wonderland. They walk along the edge of the roof, doing everything they’re not supposed to. In that hot summer, left under the care of her grandma, she will feel love for the first time.

Luckily, grandma doesn’t have a clue about it, she barely leaves the apartment. Her parents are absent, they talk over phone and we can notice that they’re hiding something.

At the top of the skyscraper there are no hidden thoughts, it’s sunny and warm. Little Darling spends days with Zane, the boy she likes. The days seem to be like an idyl until two older girls appear and start to occupy Zane’s attention.

A couple has breakfast. Their movements reflect each other - where his begin, hers end. They are on the same wavelength. But, a simple gesture, with wrong timing, turns their breakfast into disaster.

Black comedy depicting south-eastern European privatizations. A self made, wealthy, capricious industrial holder (Nikolai) promises his wife a Disneyland on former grounds of abandoned chemical factory. With the help of minister of industry he buys the run down facility for the price of 1 euro. Former workers, now on strike are required to act out humiliating roles of Disney characters. In order for theme park to work Nikolai forces an old inventor (Uncle Bauer) to build him a cheap perpetual electrification grid. Meanwhile, Nikolai has constant nightmares where Japanese man tries to sell him some bamboo... 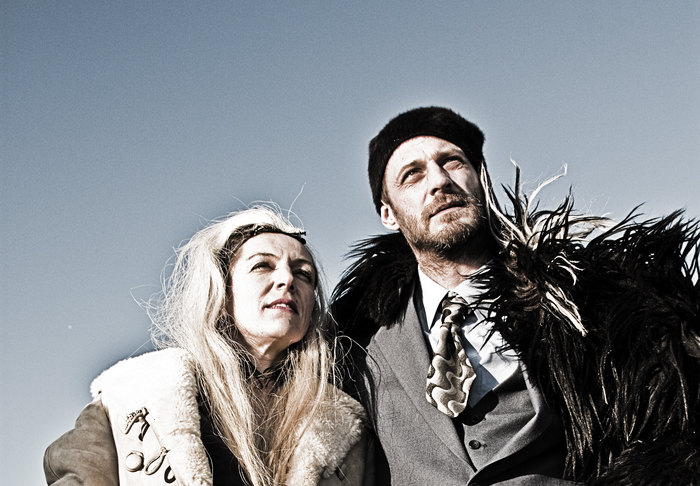 A boy and a girl meet in club's toilet. High on drugs, they roam the streets of Sarajevo aimlessly. They end up in an apartment, fooling around, making out. Until this careless atmosphere is interrupted by someone else’s presence.

A boy and a girl meet while doing drugs in a club's toilet. While they continue their evening flirting with the idea of sex, an unforeseen event will forever change their lives. A tough coming-of-age story in a cinematic Sarajevo, different from what we're used to.

Screenings of a work in progress in 2013