The annual editions of our ASTERFEST - International Film Festival (since 2005, founded by Goran Trenchovski) in the Macedonian country, are dedicated to the professional film culture and emphasizing its affirmation, popularization and valorization towards the audience

The annual editions of our ASTERFEST - International Film Festival  (since 2005, founded by Goran Trenchovski) in the Macedonian country, are dedicated to the professional film culture and emphasizing its affirmation, popularization and valorization towards the audience.

It is about the tenth AsterFest, film festival focusing on short documentary and fiction works of film authors who are coming from or living in Euro-Atlantics region, Western Balkans countries and other related meridians.

We will present the festival programme it into the categories: Star Documents, Global Fiction, Animotion, Movieland, Merry-Diones, Oneminutes, Tributes – focused on authors from Euroatlantic countries and abroad. This festival is organized by Association of festival activities TIBERIOPOLIAN FILM ALLIANCE Asterfest – Institute for shorts & docs, based in Strumica. TFA AF is a non-profit Association, which represents a special kind of Film Institute, with a profiled discourse for research in the field of short and documentary films, as deficient forms of artistic expression in the state and regional international film belt.

We plan that the 10th edition of AsterFest 2014 will officially take place from 27 to 31 May at various locations in Strumica area.

Previous years we have chosen around 500 films from 50 countries in the competitive contest, together with few special programs and with several extra films. 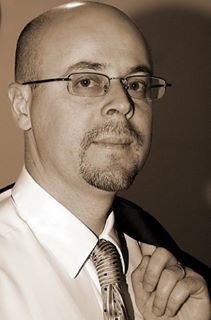 Alex has two problems in his life: he is too shy to tell Maria he loves her, and he has an invisible man in his apartment.

Synopsis: A landlady asks her tenant a seemingly innocent favor – to drop off her young female friend and her little daughter somewhere in the city. The tenant is unwillingly involved in a dubious act as he realizes that the young woman is leaving her daughter in an orphanage.

Amy is in charge of the store that night. She is a young sales woman dressed in old fashioned clothes. As every other night she is helping the customers in the wee hours, unaware of the danger that lurks near-by. The film starts as a typical thriller, a tense atmosphere, fake parameters that lead the viewers to believe they’ll witness a crime, giving it a new psychologically and sexually exciting dimension, immediately after the twist, turning it into a true and sincere romance at the end.

While tracking up on a mountain, two hikers find the massacred body of 7-year old girl, Camellia. Detective Veli investigates the monstrous crime with the help of the girl’s father, Mr. Herman. Of all the strange things that surround the investigation, the strangest one is that, although there are traces of Camellia’s blood on the crime scene, there are no human remains. The only clue Detective Veli has is a sample of pubic hair that was found on the crime scene.

The evidence is not the only puzzling thing in this case. Mr. Herman’s behavior fluctuates from obsession with his daughter’s death, to a resignation to die himself. The absence of a body also means that – there is no murder to investigate. The last straw for Detective Veli is the revelation that the found hair actually belongs to a woman, and not just any woman, but it completely matches the DNA profile of young Camellia. This revelation gives Veli a headache: Camellia is too young to have pubic hair.

Now Detective Veli starts looking at a different scenario: What if the real victim in this case is not the daughter, but the father?