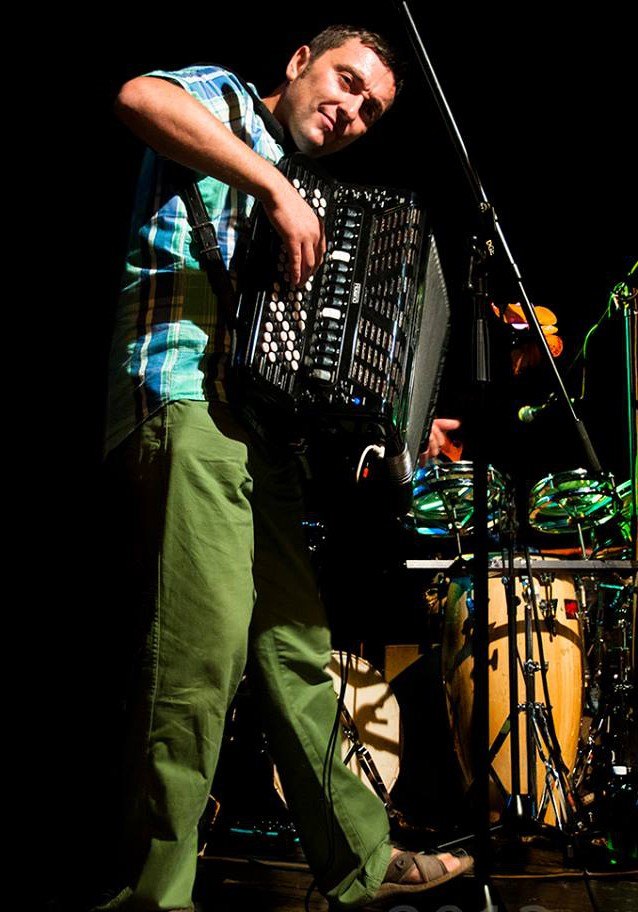 I was born in Zemun, Serbia. I grew up in a small town named Despotovac. Regarding the fact that I was born in the family with the strong musical background, I had already started studying accordion from my grandfather as a little kid.

During my early childhood, I have attended the school for musical talents in ?uprija. This school has a specific program and the entrance exam with the very restrictive low boundary for the successful enrolment.

I got interested in the harmony and the spirit of the local folk music performed in the region of Serbia. Nevertheless, it represents the melting pot of various influences not only from Serbia but also includes the regions of Romania, Bulgaria, and Turkey being enriched for the scales, rhythms, and the spirit of Gypsies.

I kept moving forward towards my first individual project and finally I published an author album for the music label “Jugodisk” when I was 17 years old. Soon, I got the opportunity to collaborate with many famous folk music names from Ex-Yugoslavia.

Later, I changed my interests and I have recorded the cant author POP music albums for the biggest publishing names of that time at the former Yugoslavia such as “City Records”, “PGP RTS”, etc. These albums brought the success to some of the recorded tracks like “Ima deset dana” that was one of the most listened songs in 2001.

After that, I retired from the public music scene and continued playing with my brother “Dušan Stojadinovi?” the music we liked. This allowed us to honestly enjoy and experiment with the music styles that we always wanted to perform. Thus, we decided to form the local band named “Balkan Lovers” whose repertory was consisted of various music genders including Latino music. Moreover, I continued playing also with other bands continuously striving towards personal improvements searching for the new music styles and investigating new scales from all around the World.

My name of art is “Rango” but you may also look up for my work under the following acronyms: “Rungo”, “Le Durango”, “Balkan Lovers”, “Dule Resavac”, and “Aca Resavac”.

The International Juries for the OtherMovie 2021 Competition